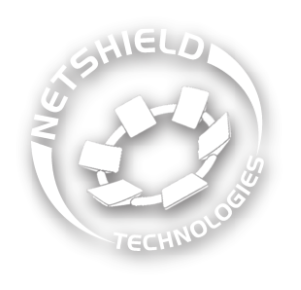 Many IT companies have been born from the living room, kitchen or even garage of a family member and the birth of Netshield some 26 years ago was no different.

Started by a fearless young electronic engineer with his signature ponytail and his trusty 1400 Datsun bakkie the company was little more than a workbench littered with electronic components, a soldering iron and some CAD boards, in a shared office in Midrand. The engineer and brainchild behind the operation is today’s CEO of Netshield, Inus Dreckmeyr, and the company was then called Otex Concepts. 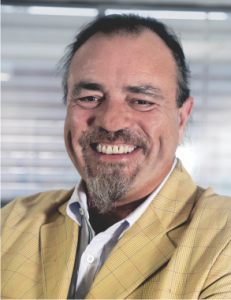 But a person with an idea isn’t a company until it has a customer and fueled with endless enthusiasm and a can-do attitude, Inus sold his first “solution” to Reuters. The product was a modem port-sharing device for the media giant and was run throughout its server rooms. The solution can perhaps best be described as the engine behind the “Reuters Reports” that often appeared in the bottom right-hand corner of televised news reports.

But while this kept him out of mischief and ensured there was food on the table, a young Inus was restless. Ever the innovator, he then began assisting on the hardware development of a product called ScudNet, used in the network of the South African Police Services (SAPS). It wasn’t long after that the Y2K bug bit and Millennium fever rippled through an industry that was in fear of “shutting down”. Ever the opportunist, Inus began assisting companies in gearing themselves to handle the big data reset that Y2K threatened.

After the dust settled on Y2K, he further branched out the capabilities of the company, and now with a small team of like-minded technical individuals began manufacturing media converters, laser links and telecommunications products in early 2000. It was this move that saw the birth of the Netshield ethernet connectivity product range and saw the company’s name change from Otex Concepts to Netshield. Up to today, we receive enquiries for replacement units as far as from Indie where some of these converters have been installed where it has been operating for the last 20 years. The company continued to grow, its products diversified, and its customer net expanded.

Today, Netshield is a specialist provider of tailor-made end-to-end #IoT and #Cloud-based products and services. Its engineering teams possess the skills to ascertain which elements would help you streamline your business, and to customise, structure, and maintain these systems on your behalf. A combination of effective IoT, Cloud and private-network solutions can enhance your company’s workflows, making it easier to remotely control and reboot the equipment, as well as monitor and manage the performance of various points of presence while off-site.

Read about one of our IoT solutions that enables service providers to save money on support. Support is expensive and with a Netshield Point of Presence Convergence Gateway you can cut costs by up to 45% by cutting out unnecessary travel and using remote management features such as remote power reset and remote network management. #Infrastructure #IoT